【News】OCCTO releases Aggregation of Electricity Supply Plan 2022: Coal to account for 32% in FY2031

OCCTO releases Aggregation of Electricity Supply Plan 2022: Coal to account for 32% in FY2031

In March 2022, the Organization for Cross-regional Coordination of Transmission Operators (OCCTO) released its Aggregation of Electricity Supply Plans for FY2022. This is a compilation of electricity supply plans submitted by 1,738 power suppliers, and provides a forecast of demand through FY2031.

The Aggregation shows that Japan will continue to operate coal-fired power plants for the next 10 years at near its current rate, a direction that is completely inconsistent with the Paris Agreement’s 1.5°C target, the 2030 power supply composition (energy mix) set in Japan’s Strategic Energy Plan, and the Japanese government’s policy of “fading out inefficient coal-fired power generation”.

In order to achieve zero greenhouse gas emissions by 2050 and keep the global temperature increase within 1.5°C above pre-industrial levels, it is essential to phase out coal-fired power plants by 2030 at the latest. Japan’s power suppliers’ plans run counter to that goal, and on the contrary, it shows a significantly higher dependence on coal compared to Japan’s Strategic Energy Plan. 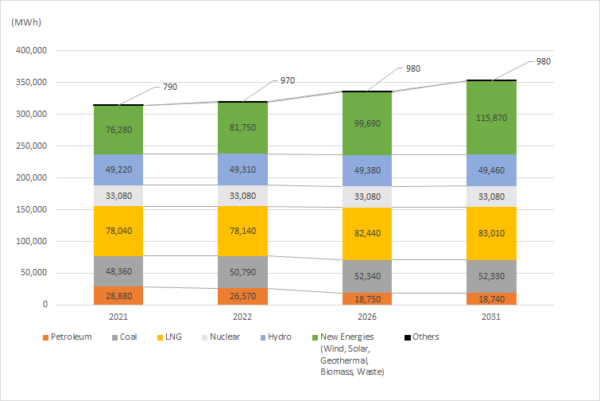 Installed capacity is increased for both coal and LNG, but decreased for oil 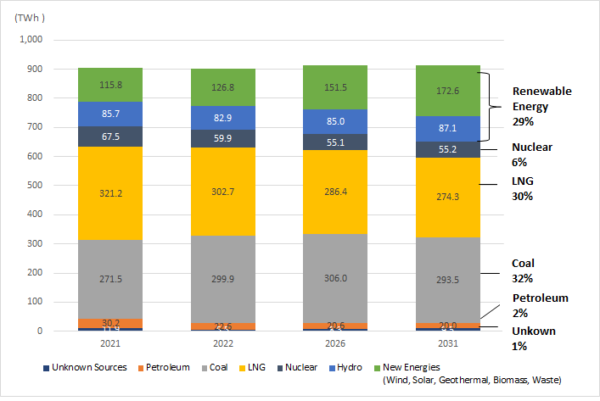 As for the capacity factor by power source, the trend for thermal power is similar to the Aggregation announced last year, with coal remaining almost unchanged at approximately 65%, while LNG is expected to decrease from 47% to 37.6% between FY2021 and FY2031. It is apparent that the direction of prioritizing coal over LNG has not changed. 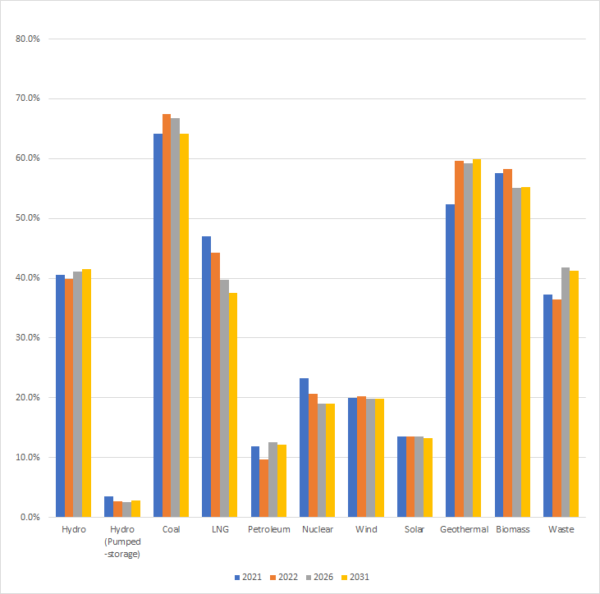 Reference: Facility utilization rate by power source (estimated at the time of compilation of the FY2021 supply plan) 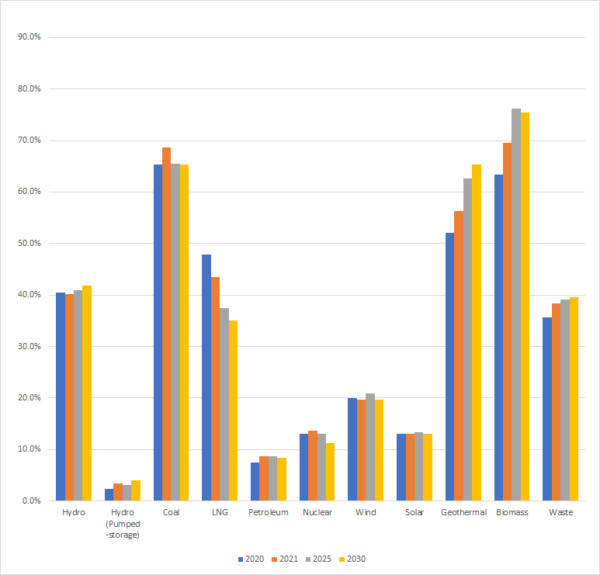 If the energy mix revealed in this FY’s Aggregation becomes a reality, the percentage of thermal power generation will greatly exceed that in the Strategic Energy Plan, and Japan’s greenhouse gas reduction targets will not be achieved. In last year’s Aggregation, OCCTO had cited the current issue of the ratio of coal, which had remained at a high level and deviated from the energy mix value indicated in the previous 5th Strategic Energy Plan. However, in this year’s Aggregation, it is not even listed as an issue. It is essential to closely examine and think about the contents of these supply plans and directly face the issue of coal-fired power in Japan.

Reference: Aggregation of Electricity Supply Plans for FY2022 (March, 2022) [only available in Japanese as of April 2022]