Based on recent analyses by Climate Action Tracker and its member organizations New Climate Institute and Climate Analytics, this policy brief discusses the economy-wide and sector-level benchmarks in 2030 and beyond in order for Japan to be consistent with the Paris Agreement’s long-term 1.5°C warming limit. 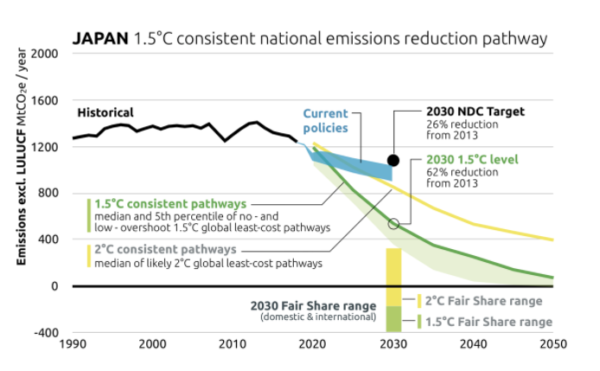 Additional investment into the development of innovative technologies, as laid out in the Green Growth Strategy of December 2020, will facilitate Japan achieving net zero by 2050. The benchmarks presented in this brief, however, are determined so that the world would not have to rely excessively on unproven negative emission technologies in the second half of this century.

The 26th UN Climate Change Conference (COP26) will take place in November 2021, with increasing the ambition of each country’s NDC as the focal issue.