On May 14th, UK climate change think tank E3G released its report “G7 Coal Report 2021: Charting the course away from coal,” which evaluates the phasing out of coal-fired power generation at the G7 countries. Since 2015, E3G has tracked G7 progress on coal through a series of scorecard reports that assess G7 member performance. This report is the sixth edition.

The 2021 analysis revealed the following:

Progress of each country: 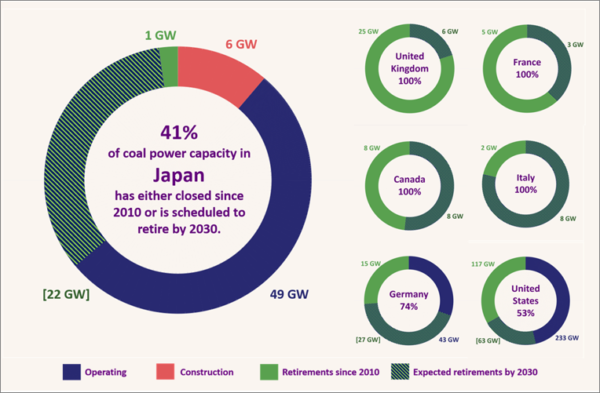 Drawing on the analysis of G7 member progress and global trends, E3G has three recommendations for G7 collective efforts to accelerate the broader transition away from coal power:

Related Article (from E3G): Time and tide wait for no one: Japan’s coal progress (Link)