The 2019 UN Climate Action Summit was held in New York on September 23, 2019. Representing Japan as Environment Minister, Shinjiro Koizumi, attended the summit on his first overseas trip since taking on the role earlier that month. However, he and the Japanese government failed to live up to the expectations of UN Secretary-General António Guterres, who had strongly requested attendees to raise their CO2 emission reduction targets and make the commitment to exit from coal-fired power generation. Having attended the Climate Summit, Minister Koizumi should now understand that Japan is under global scrutiny because of its pro-coal policy, which goes against the global trend of decarbonization. 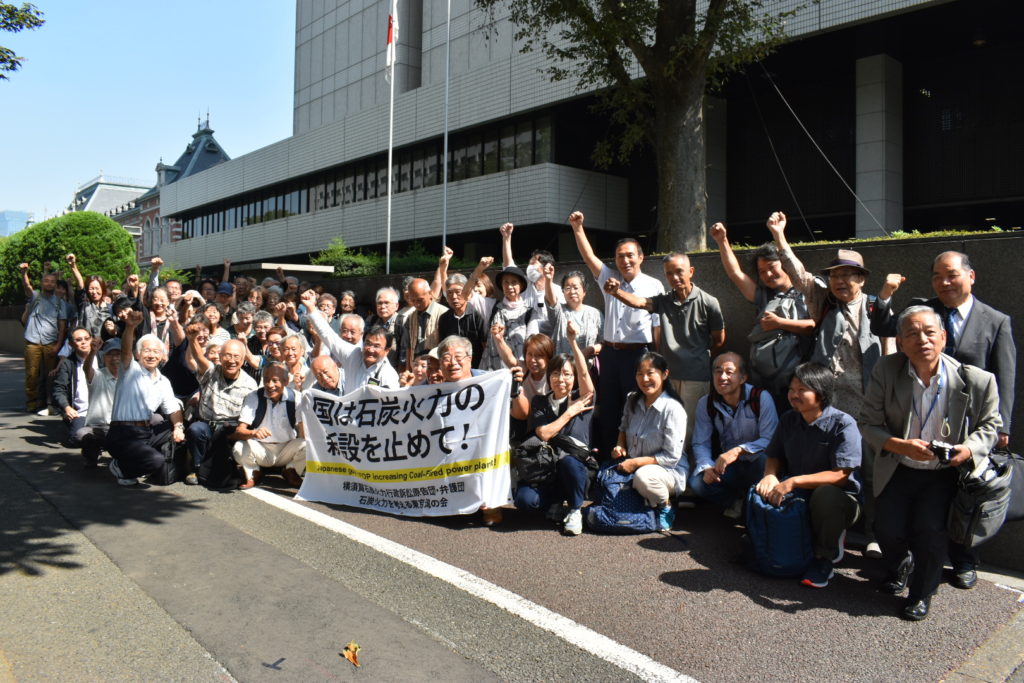 Meanwhile, energy company JERA Co. is proceeding with construction of its proposed large-scale coal-fired power plant in Yokosuka City, Mr. Koizumi’s home town. On May 27, 2019, local residents and supporters filed a formal legal challenge against the Minister of Economy, Trade and Industry, seeking cancelation of the notice of finalization of the environmental impact assessment (EIA), which had paved the way for the construction of two new coal-fired generating units at the Yokosuka power plant. The first court date was on October 2. Amid mounting domestic and international concerns about climate change and coal power, more than 120 people gathered at the courthouse, including plaintiffs and supporters. The trial was held in a large courtroom at the Tokyo District Court, but observers spilled out of the room due to the lack of space.

One of the plaintiffs, Rikuro Suzuki, made a statement to the court. He spoke of his nephew, who had developed asthma, became an officially-certified patient with a pollution-related illness, and passed away a few years ago after suffering for years. Mr. Suzuki believed that no one should experience the loss of the younger generation dying as his nephew had from air pollution. As soon as he learned about the proposed Yokosuka coal power plant project, he had begun collecting information and following the entire EIA process. The former power plant on the same site had stopped operating years ago as part of a long term planned shutdown, and air quality had been gradually improving. But if built, the new coal-fired power plant operating here would again pollute the air, again resulting in asthma and other respiratory diseases in the community. He said it would be unacceptable to build any new plants that emit large amounts of CO2 and damage the environment. He closed by asking the court for “for a historical decision to be made in this trial that could become a turning point for climate change mitigation in Japan.”

After Mr. Suzuki, Attorney Nobuo Kojima, representing the legal team for the plaintiffs, emphasized three points in his statement.

2) The former coal-fired power plant on the Yokosuka site had not been operating for years as part of a long-term planned shutdown, so it was a serious flaw in the EIA process to label the new construction proposal as a “replacement” of existing equipment, and to compare the proposed new generating units with the older units. The older Units 3 and 4, which had been shut down for twenty years except for briefly being restarted after 2011, emitted previously 3.26 million tons of CO2 annually. The two new units if built will emit 7.26 million tons annually, an increase of at least 4.0 million tons per year.

3) The proponent gave inadequate consideration of measures to address the enormous CO2 emissions. EIA reviews should normally examine alternatives, including the option of not building the proposed plant, but the proponent did not examine this alternative. Mr. Kojima asserted that the Japanese government had a particular responsibility to ensure the proponent had done that as a part of proper consideration of environmental protection in this case.

The defendant (national government) submitted an 18-page pleadings in response to the case, but did not provide any oral statement to the court. The pleadings mentioned two points.
1) The notice of finalization of the EIA is not an administrative disposition, and not a target for legal action seeking its cancellation, so any action seeking its revocation has no legality.
2) The plaintiffs have no standing to initiate a legal action (i.e., they have no legally protected interests in the case), so the court should reject the case immediately.

Related documents on this first court date are available here (mostly in Japanese). The second court date is scheduled for December 23, 2019, starting at 14:00.
Meanwhile, it is disappointing that construction of the new generating units at the Yokosuka coal plant is continuing even while we wage this protracted legal battle.

Environment Minister Koizumi cherishes his home town, but we wonder how he views this lawsuit challenging the construction of a coal-fired power plant right there. He is being closely watched in Japan and internationally to see how he deals with the issue of coal in Japan, and we hope he will clear the path for Japan to decarbonize, without waiting for the conclusion of this lawsuit. 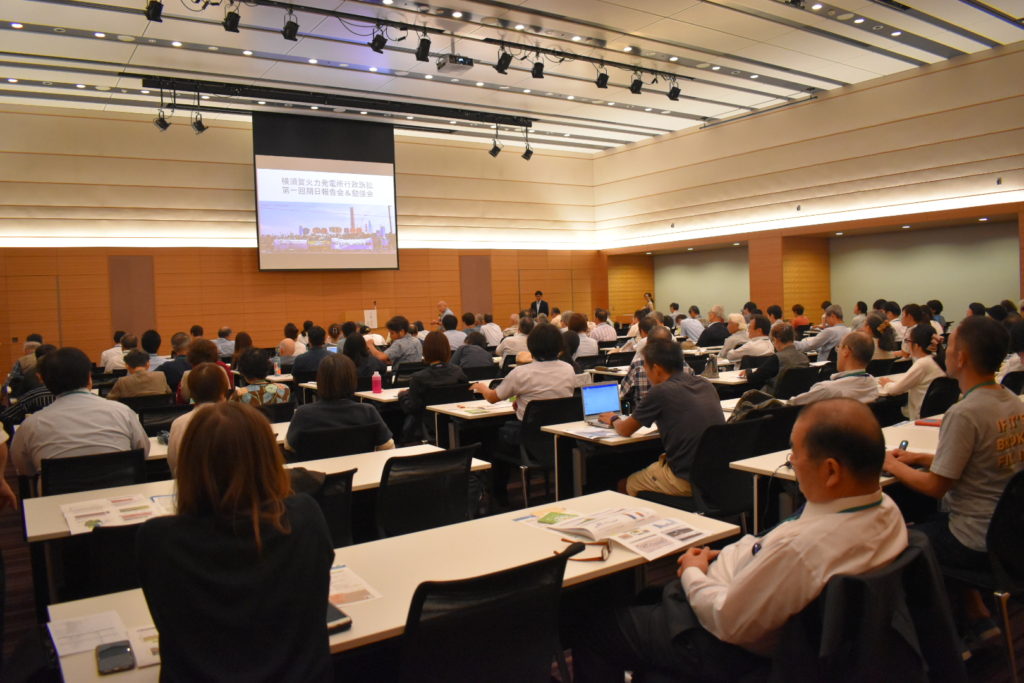