The leaders of the three main political parties in the United Kingdom – Prime Minister David Cameron of the Conservative Party, Labour Party leader Ed Miliband, and Deputy Prime Minister Nick Clegg of the Liberal Democrats – have signed a joint pledge to address climate change that has been much applauded worldwide. 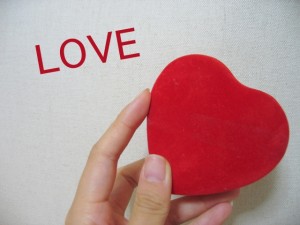 The joint statement was brokered by the Green Alliance and other NGOs as part of their Show The Love campaign this Valentine’s Day (14th February). In it the leaders recognised climate change as ‘one of the most serious threats facing the world today’, and pledged to ‘accelerate the transition to a competitive, energy efficient low carbon economy and to end the use of unabated coal for power generation’. They also pledged to ‘seek a fair, strong, legally binding global climate deal which limits temperature rises to 2ºC’, and ‘to work together, across party lines, to agree carbon budgets in accordance with the Climate Change Act’.

The pledge has been welcomed as an unprecedented commitment by an industrialised economy to end the use of unabated coal, in a country originally responsible for the industrial revolution and which still uses coal for about a third of its power generation. It is all the more significant as it comes in the run-up to a general election in the UK this May, whose outcome remains very uncertain, and has seen bitter divisions between the three parties make agreement between them rare. The pledge thus sends a strong signal at a time when other major industrialised countries, such as the USA, Canada, Australia, are struggling against right-wing political forces opposed to climate action and Japan is still promoting coal power.

News of the pledge has been welcomed by a full spectrum of politicians, business leaders and activists worldwide. Unilever CEO Paul Polman stated that ‘the importance of this pledge cannot be overstated’, noting it a ‘terrific example for other countries to follow’, while Juergen Maier of Siemens called it ‘a clear message that the UK remains a good place for companies to do low-carbon business.’ Former USA Vice President Al Gore went further, hailing the party leaders’ actions as an example of ‘inspiring leadership and true statesmanship’, and a demonstration of exactly the political courage needed to resolve the world’s climate crisis.

The pledge is not legally binding, and gives no timeframe for the end of unabated coal use. Nonetheless, the low-carbon economy is supported by considerable political pressure from activists and the public. Lord Nicholas Stern, author of the Stern Review and co-chair of the Global Commission on the Economy and Climate, has cautiously welcomed the pledge but stressed the need for a ‘step change in the transition to a low-carbon economy…to decarbonise the power sector by 2030’, including the need ‘to bring a speedy end to coal-burning by existing power stations’.

What makes climate politics in the UK and Japan so different?

■The Washington Post: ‘While U.S. politicians argue about climate change, British pols decide the debate is over’ (13th February 2015)