The environmental impact assessment for J-Power’s Takehara coal-fired thermal power plant’s new No. 1 unit (600 MW) in Hiroshima is progressing at an exceptional speed. The Hiroshima Prefecture Geinan Area Thermal Power Plant Prevention Liaison Committee fears that deliberations could finish with loose ends. Because it is a replacement, it is considered optimistic if environmental conditions improve dramatically.

It goes without saying that coal-fired power plants produce large amounts of CO2 and there is concern that the increased usage of low grade coal* could contribute to environmental pollution problems such as heavy metals like mercury and PM2.5 emissions. In addition to these concerns, there are also local problems.

The Takehara power plant is very close to residential areas.Problems began at the time of the construction of the No.1 unit in the 1960s. In order to lower reclamation fees, the power plant’s south seawall was moved from the former shoreline to its current location. Since then, the expansion of the power plant area has continued to eat up private land. The Plant’s No. 2 unit (which started operations in 1974) had used land from No. 1 unit’s coal ash disposal site. Likewise, the No. 3 unit expanded through the acquirement of private property (homes and farmland) on the Higashigawa delta and remaining coal ash disposal sites.

According to the layout plans of the new No. 1 unit, because a new coal storage facility will be built on a newly acquired old factory site , private property west of the power plant will be sandwiched between the power plant and the new coal storage facility. However, since a concrete plan had not been shown, many citizens were worried about the effects of low-frequency oscillation from Kaihatuhiryo Co ., a subsidiary company under J-Power. Therefore, many opinions were expressed against the scoping document.

Once a power plant is built, it runs for at least 40 years. Will the plant’s operator consider the impact it will have on neighboring residents up to the year 2060? Based on experiences thus far, it is highly necessary to consider these problems carefully.

Additional comments by the secretariat of “sekitan.jp”:

It was reported that the CO2 emission per electricity generation of Takehara power plant’s new No. 1 unit is 0.785kg/kWh. It expected that annual emissions will be more than 3.3 Mt-CO2. On October 28th, 2013, the Minister of the Environment submitted his opinion on the preparation document of environmental impact assessment in which he stated that “because the plant is expected to run even to 2050, the future introduction of CCS (CO2 capture and storage) and its installation schedule should be considered” and “necessary measures should be taken.”

However, at an environmental assessment advisory meeting on November 1st, it was explained that “because CSS methods have not yet been established, there is no way it can be included in the assessment.” 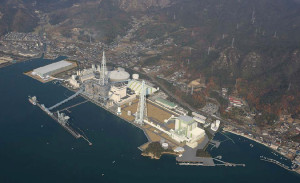 Related links: (All information is in Japanese):

Ministry of the Environment: The Minister of Environment’s opinion on the environmental impact assessment of Takehara thermal power plant’s replacement of new No. 1 unit’s equipment
http://www.env.go.jp/press/press.php?serial=17301