Residents says “NO”: Concerned Citizens Set Up a Group to Consider Coal power plant in Sendai

In September 2014, media story revealed construction plan of coal-fired power plant at Miyagino-ward in Sendai city, Miyagi Prefecture. The developing company is Sendai Power Station Co., Inc. established by Kanden Energy Solutions (100% subsidiary companies of Kansai Electric Power) and Itochu Enex (group company of Itochu Corporation). This power plant is a small-scale and its installed capacity is 112MW. This size is, based on The Environmental Impact Assessment Law, slightly under the environmental assessment requirement. Even after the plan was revealed, the business owner haven’t had any public meetings for local communities, and neither opened any information including the power plant’s impact on the area. Under such a circumstances, we found construction was already started when we visited the site in Sendai. 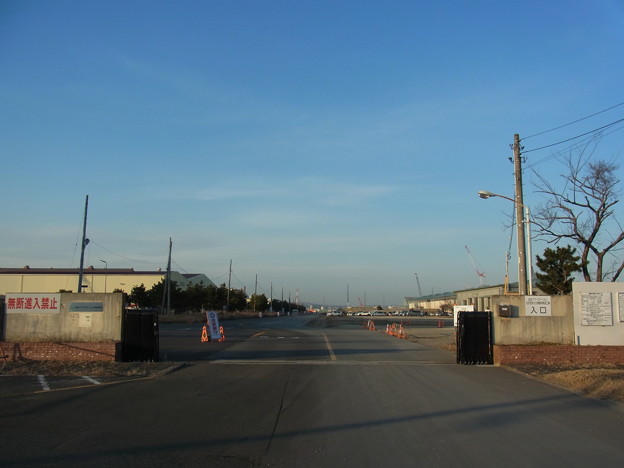 <Picture1>
The construction site of the Sendai Power Station (February 13, 2016)
Cranes can be seen on the right side, but building is too far behind to see. 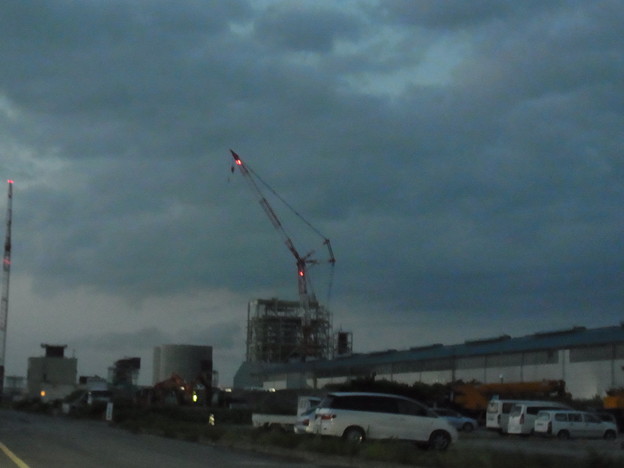 <Picture2>
The construction site of the Sendai Power Station (August 25, 2016)
Stretched crane necks can be seen that indicated plant construction was steadily going ahead.

No need to explain despite of being requested?

Of course, the local residents did not allow the business owner to get through without any explanation. While being covered by media, this project drew more and more attention of the locals on the construction itself and correspondence of the business owner. Here we look back actions taken by residents over last year.

In the summer in 2015, citizen’s group of the Sendai and the Kiko Network officially requested to Kansai Electric Power (KEPCO) and Itochu Corporation, parent companies of Sendai Power Station Co., Inc., to have an pubic meeting to explain about the project before construction starts (with submitted a request letter). However, there were no reply from them. None of KEPCO’s head office, KEPCO’s Tokyo branch office, Itochu Corporation’s electricity business department and Itochu’s public relations department presented their responsibilities for this project. After getting the runaround one company to another, we only heard them saying, “we cannot answer to your question.” Finally, we got reply from the chief director at Sendai Power Station’s construction site who said “We have taken proper legal procedures and I confirmed we do not hold an explanatory meeting.” After all, there was no plan to hold any explanatory meetings and in the meantime, they started construction on its site.

Sendai Power Station Co., Inc. made “the agreement on pollution control that the Sendai Power Station should prevent” with 7 local government and cities such as Miyagi Prefecture and Sendai City. Since a necessity for communication with residents was clearly indicated in this agreement, Sendai residents called again for holding public meeting through the Environment Departments of Sendai City and Miyagi Prefecture in August 2015. Staff members of those governmental departments visited the Sendai Power Station, and requested to offer an explanation to the residents. Nevertheless, the business owner did not respond to the request, and just send back a letter saying “If you have any questions, ask us in a written form.” So far, exchanging post-mail is only method for communication between local residents and business owner.

While more and more residents question properness of this project, they established a group called “Group for considering coal power plant in Sendai (so called Anti-coal Sendai)”. Prof. Hasegawa and Prof. Asuka at Tohoku University became co-representatives for this group. Also, assembly members of both ruling and opposition parties of Miyagi prefectural held a joint seminar to discuss the issue of Sendai Power Station and they picked up the issue at the Miyagi prefectural assembly.

What’s the problem about the Sendai Power Station?

If a new coal-fired power plant starts its operation, even being with small-scale, it emits approximately 600,000t-CO2/year and be a big source trigger the climate change. However, CO2 emission is not the only problem at the Sendai Power Station nor concern of the residents. According to the plan, this Sendai Power Station will burn about 320,000t of coal (content rate of sulfur is 0.673%) and emit more than 2,000t of sulfur per year. In addition to SOx, the amount of NOx, oxidants, and PM2.5 in the atmosphere will be increased. Without conducting an environmental assessment by the business owner, there is no way residents to know environmental impacts around the plant and that makes residents very concerned especially about following potential environmental impacts.

Next to the construction site, there is a beautiful tideland which has become a symbol of post-earthquake recovery. This Gamou Higata locates just several hundred-meters south of the construction site. It was once washed away by tsunami at the Great East Japan Earthquake, but miraculously recovered by power of nature. This tideland with valuable ecosystem even on a national basis is a sanctuary for water birds and designated as a special wildlife preserve area in Japan. Such a “miraculous tideland” is also a symbol of recovery from the great earthquake. The Sendai Power Station doesn’t explain about the impacts of the power plant to this tideland either.

Within a radius of 4km from the construction site, a number of elementary-, intermediate-, high-schools, universities, hospitals, public facilities, commercial facilities and others are crammed. The power plant’s impacts on regional hubs have not been identified as well.
The most unconvincing point for Sendai residents is that one of the parent companies of this project is KEPCO, in which mainly distributes electricity in Kansai area (west of Japan) and has no relationship with Sendai residents. The KEPCO came crossing over to Sendai from Kansai district and started construction in name of “reconstruction (from the Great East Japan Earthquake). It turned a deaf ear to the residents, so the Anti-coal Sendai sent a letter to raise various questions to the business operator. The business operator replied there were no problems. The Anti-coal Sendai took the answers into account and would continue to ask for a sincere response from Sendai Power Station.

The information of the construction plan disclosed

In the series of citizen’s action, the information of the construction plan turned to be disclosed.
In February 2016, Kiko Network requested the Tohoku branch of Kanto Tohoku Industrial Safety and Inspection Department to disclose information. When it came out, the information was mostly concealed. To put it concretely, the information of boilers, devices generating soot and smoke, sulfur and nitrogen content of fuels, gas exhaustion amount, analytical value of the fuels and the progress schedule were totally blacked out (The first disclosure). However, in October, Inspection Department turned their attitudes and almost all the information was disclosed (The second disclosure after making a protest). It shows that the residents’ persevering approach succeeded in exerting pressure on the business owners.