While the media is dominated by “2020 Tokyo Olympic” fever in Japan, this important step towards cleaner energy seems to have gone under the radar.

On September 4th, 2013, the United States of America and 5 Nordic countries (Denmark, Sweden, Finland, Iceland and Norway) released a joint statementthat they will strive to meet long-term goals together. This statement was made when President Obama visited Stockholm prior to the G20 Summit held in Russia. The statement includes four elements, such as working towards a peaceful Middle East, protecting human rights, and advancing global development. In addition, it emphasized their shared goal of tackling climate change and the promotion of cleaner, more efficient energy such as renewables . 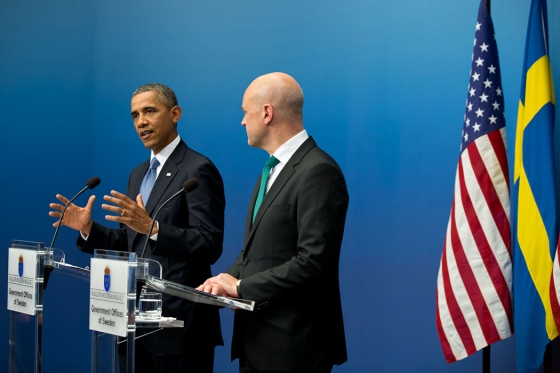 As part of the commitment, the five Nordic countries will join the US “in ending public financing for new coal-fired power plants overseas, except in rare circumstances.” This agreement follows Obama’s Climate Action Plan, which was subsequently followed by the World Bank and the European Investment Bank. To account for any loss in economic development, the reduction of coal financing can be made up for in the increased financing of renewable energy. Although there are exceptions for “rare circumstances”, this agreement is a strong signal to the world that growing number of countries now have a clearer position for ending coal power plant investment. With Obama’s successful inclusion of these 5 Nordic countries, it is expected that other countries may join the fight for cleaner energy.

Will Japan be next?

Joint Statement by Kingdom of Denmark, Republic of Finland, Republic of Iceland, Kingdom of Norway, Kingdom of Sweden, and the United States of America, September 4th, 2013, – The Official White House Homepage http://www.whitehouse.gov/the-press-office/2013/09/04/joint-statement-kingdom-denmark-republic-finland-republic-iceland-kingdo