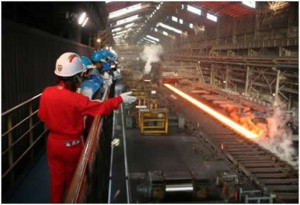 In addition, similar to TEPCO and Chubu Electric’s new company, Kashima Power Company will utilize ultra-super critical (USC) technology for pulverized coal power. Since this will be an expansion of the existing Kashima Iron Works Power Plant site, it is expected that the environmental impact assessment will be sped up. This new power plant is expected to start up by 2020.

J-Power and Nippon Steel & Sumitomo Metal will both invest equally in the company. According to Nikkei Shimbun article, it was reported that 300 MW of the power will be sold off to TEPCO and any remaining power will be sold to other companies.

This new power plant makes a total of 3 planned coal-fired thermal power plants set to come online from 2020; this comes to a combined total output of 3,240 MW (2,000 MW through IGCC and 1,240 MW through USC). This far exceeds the 2,600 MW of power that TEPCO originally asked for during its power bid (TEPCO is considering to start a new round of bids). At this rate, 2020 will see a major increase in coal power output. We must put an end to these new plans as they will most certainly become a huge source of greenhouse gas emissions.