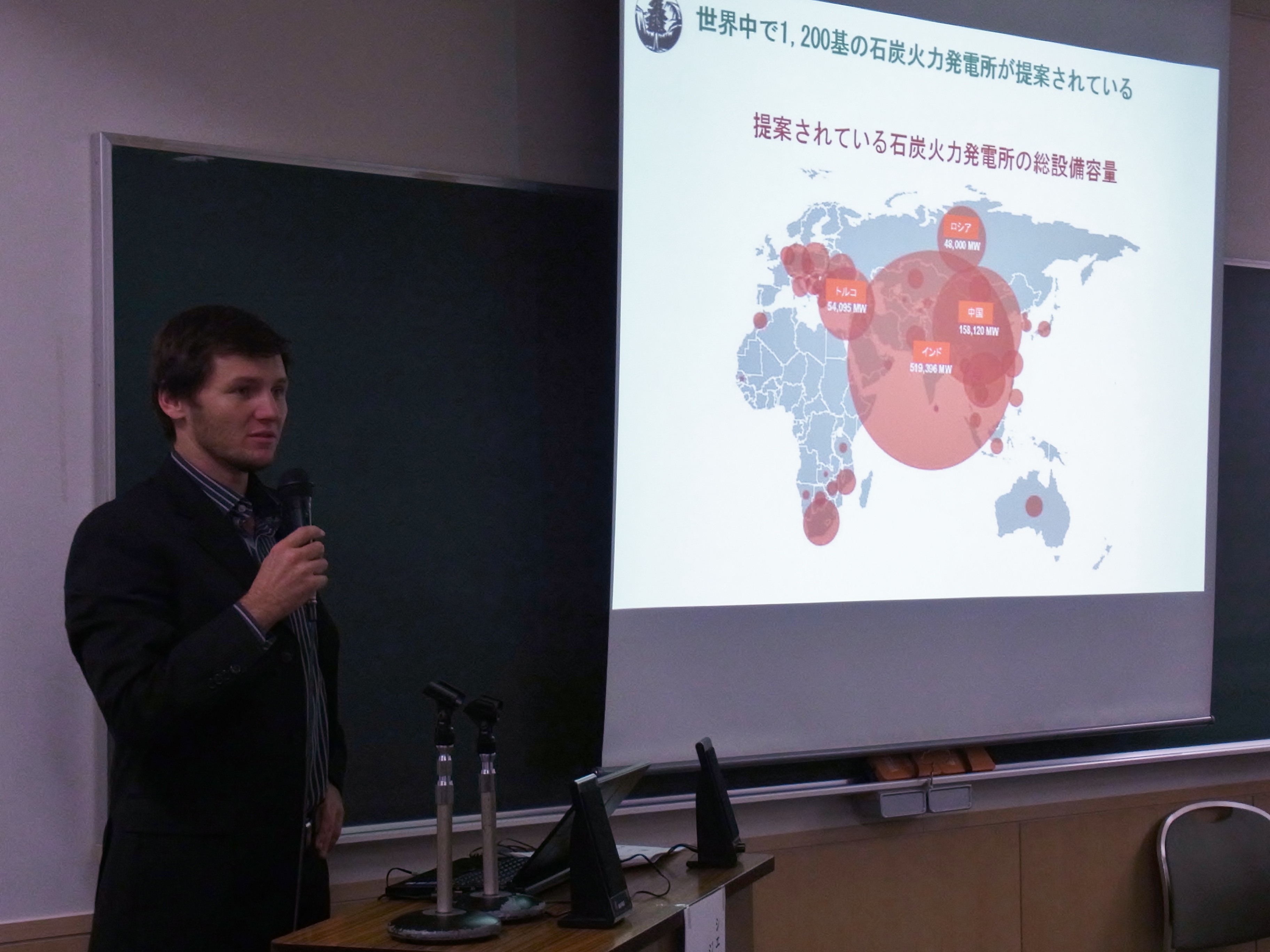 On February 3rd, 2014, JACSES, FoE Japan and Kiko Network finally kicked off their project against JBIC entitled ‘No Coal! Go Green! No to JBIC’s coal financing!”

However, the Japanese government has declared that they will continue to support coal-fired power projects. Through the government-funded JBIC, Japan continues to use tax money and public funds to support some of the world’s largest coal-fired power generation projects. In addition, regardless of ongoing concerns about the negative impact these types of projects have on the health and daily lives of locals, JBIC continues carries on without directly consulting with local communities.

Three Japanese environmental NGOs, The Japan Center for a Sustainable Environment and Society (JACSES), Kiko Network and Friends of the Earth Japan, have joined to challenge to end JBIC’s coal financing with this new project.

We successfully held our kick-off seminar on February 3rd at 18:00 at Chuo University’s Surugadai Memorial Hall in Tokyo. We had the pleasure of featuring Justin Guay from the Sierra Club, an American NGO. (Click here for more details).