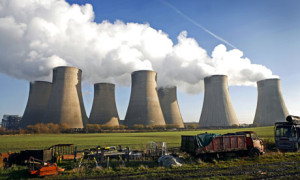 International Financial Institutions, such as The World Bank, EIB (European Investment Bank), the Export-Import Bank of the United States, have decided to stop coal financing and to set stringent regulations on coal-fired power plants. However, it is now clear that JBIC (Japan Bank for International Cooperation) and NEXI (Nippon Export and Investment Insurance) is continuing to finance the world’s largest coal-fired power plants.

JBIC and NEXI’s environmental reviews and press releases since 2003 were examined by JACSES (Japan Center for Sustainable Environment and Society).

It was found that JBIC funded 18 coal-fired power plant projects with a total output of 15.6 GW. Of these 18 power plants, 5 are in Indonesia, 5 are in Vietnam, 3 are in India and 2 are in the Philippines. Total investments amounted to more than 2 billion US dollars (more than 200 billion yen) of which JBIC invested approximately 1-1.5 billion US dollars (or 100-150 billion yen).

In addition, NEXI provided trade insurance for 13 coal-fired power plants. The total combined output reached 11.7 GW. These plants included 4 in Vietnam, 2 in India and 2 in Indonesia. NEXI invested more than 670 million dollars (or 67 billion yen) in these projects.

The Environmental Defense Fund, an US environmental NGO, ranked financial institutes that give financing to coal-fired power plants over a 15 year period (1994 to 2009) in a 2009 report entitled “Foreclosing the Future.” According to this report, JBIC topped the list with about 8.1 billion US dollars in investments (810 billion yen*). NEXI followed closely behind in 6th place with about 2.1 billion US dollars (210 billion yen).

JBIC was established in 1999 with the merger of OECF (Overseas Economic Cooperation Fund) and JEXIM (Export-Import Bank of Japan). In 2008, JBIC merged with JICA (Japan International Cooperation Agency) which started to handle all of JBIC’s yen loans. Because of this, it is not easy to compare JBIC’s current data and ranking data. However, it is clear that JBIC and NEXI are continuing to finance the world’s largest coal-fired power projects. It is necessary for Japanese public financial institutes to follow in the footsteps of other international institutions like the World Bank and change their policies concerning coal-fired power plants.

*These estimates do not include private financing but these totals can give one a sense of the scale of the investments made by JBIC.