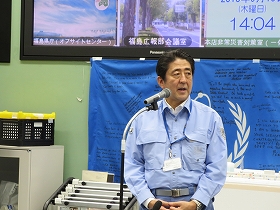 More than 2 and half years have passed since Fukushima was hit hard by the Great East Japan Earthquake but the effects of the accidents at TEPCO’s Fukushima Daiichi nuclear power plant still resonate today. About 150,000 evacuees of the disaster must face the reality that they may never return home again as the area is still heavily contaminated. Now, Fukushima may become home to 2 new coal-fired power plants.

On November 25th, 2013, TEPCO confirmed that they are considering to launch a coal-fired power plant project in Fukushima. This came just after various news media outlets announced that TEPCO and 3 Mitsubishi group firms are proposing to build 2 coal-fired power plants which will come online by 2020.

According to the media news, the proposed plants, with a combined output of 1,000MW, will come at a total cost of 300 billion yen (about 2.9 billion USD). It is said that the 3 Mitsubishi group firms will be a major stakeholder in the project with TEPCO in charge of running the facilities. TEPCO announced that this project can help revitalize the disaster-struck area with this plant which will in turn help the economy progress in Fukushima and reduce world CO2 emissions through exporting highly efficient technology.

The power company claims that the plant will utilize IGCC (integrated gasification combined-cycle) technology which is said to produce 20% more power than conventional coal-fired power plants. However, even with the utilization of IGCC, CO2 emissions can still reach approximately 710g/kWh. It is still far above the USA’s Environmental Protection Agency’s recently announced draft regulation of 500g-CO2/kWh for new coal-fired power plants.

While many countries and financial institutions move towards phasing out coal financing, Japan remains firm in its support of coal energy, both domestically and abroad, which produces more greenhouse gas emissions per kWh than any other energy source even with the most efficient technology.

Considering that the Tokyo metropolitan area population is expected to decrease in coming decades and energy efficiency and renewable energy predicted to become more widespread, is it acceptable to build new coal-fired power plants in Fukushima? They will be new burden to Fukushima people and surely to bring more harm than good.