On 16th September 2014, the Global Commission on the Economy and Climate, a team of prominent international economists including former heads of government and finance ministers, released a report titled “Better Growth Better Climate” on how countries can reduce the risks of climate change while achieving ‘high-quality, resilient and inclusive economic growth’.

The seven-chapter document outlines the ‘unprecedented risks posed by climate change’ due to the surge in greenhouse gas (GHG) emissions resulting from global economic growth: emissions it attributes mostly to the growing use of fossil fuels, and which if they continue at current trends, could lead to an increase in global temperature by more than 4°C by the end of the century and serious associated social and economic risks.
However, it asserts that decision-makers can ‘overcome current economic problems and establish new models of growth’, while simultaneously reducing these climate risks due to new opportunities from structural and technological change.
The report considers these changes and opportunities in several key areas, among them cities, land use (such as deforestation and agriculture), and energy.
It identifies coal as the fossil fuel that ‘remains the default option for rapid expansion of the power supply and for heavy industry’ in many countries – this is despite it being the most carbon-intensive fossil fuel and exacting substantial costs in GHG emissions, air pollution, and public health.
The Global Commission thus take the position that ‘given the known risks associated with coal, it is time to reverse the “burden of proof”, so coal is no longer assumed to be an economically sound choice by default’.

It makes the case that reducing its use is not only essential, but can be achieved at ‘zero or very low net cost, once the changing cost of alternatives, and reduced health damages and other co-benefits are taken into account’. 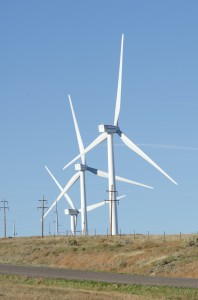 Conversely the Global Commission promotes the potential of renewable and zero-carbon energy, and recommends that countries ‘raise ambition’ to fulfil that potential through energy strategy, planning and market arrangements, and support systems.
It also discusses carbon capture and storage (CCS), as well as the suggested role of natural gas as a ‘bridge’ to low-carbon energy.

The report goes on to set out an economic framework for change, emphasising innovation, financial policies, and international cooperation towards a low-carbon future.
In these discussions it repeats that it regards it as ‘critical to limit further coal expansion in the power sector’, stating that ‘developed countries need to retire their existing coal plants as they age and not build any new plants’, while developing countries should only build them ‘where cleaner alternatives are not economically viable’.

In addition it recommends that “governments and multilateral and national development banks should adopt an integrated framework for energy decisions, ensuring a public and transparent consideration of all the costs and benefits of different energy sources”.

The message is clear enough: accelerate the shift away from polluting coal-fired power generation.