President Obama Speaks Out Against Coal

In June 2013, President Obama announced the “The President’s Climate Action Plan” and expressed the US’ attitude to seriously fight against climate change.  In this plan, Obama indicated the importance of controlling the use of coal properly to reduce CO2 emissions. 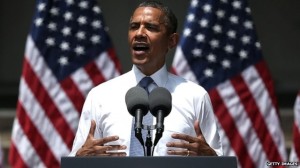 The president stated his intention that the US Environmental Protection Agency (USEPA) will place stricter regulation of CO2 emission for existing and new coal fired power plants.

Obama also emphasized how natural gas emits far less CO2 than coal, and encouraged the transition from coal to natural gas.  In the plan, natural is not considered the solution but is a temporary energy replacing coal and helping the transition to renewable energy. 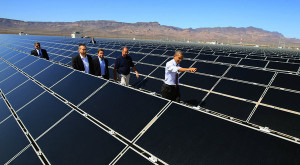 Furthermore, President Obama stated that the US government will suspend all public financing of new coal power plant projects abroad with two exceptions, calling on other countries and international financial institutions to take similar measures.  The exceptions are the use of the most efficient technology available in the poorest countries that lack economically feasible alternatives, and for plants that use carbon capture and storage (CCS).

The plan contains some concerns such as actively promoting research of clean coal, but the policy of reducing reliance on coal fired power plants, the largest source of emission in the American power sector, is clear.

The US government is much more aware of the problem with coal than the optimistic  Japanese government, which fails to acknowledge the problem and seeks to use coal with continuous technology development.

There is no doubt that the American policy will influence investment decisions of private and public financial institutions worldwide.