On July 23rd, 2013, the European Investment Bank (EIB) adopted a new energy guideline titled the “EIB and Energy: Delivering Growth, Security and Sustainability”.  This change of policy is directed towards stronger measures to fight climate change.

After studying how EIB policies are consistent with European Union’s energy and climate change policy for 10 months, the new guideline for financing energy projects follows the EU’s policies and aims to strengthen the support of reneweable energy, energy efficiency, and energy networks both within and outside the EU. 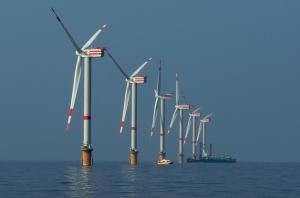 It is noteworthy that this decision follows policies by President Obama and the World Bank and eliminates almost all funding of coal fired power plants.

This guideline includes an “emission performance standard (EPS)” used when deciding to finance a thermal power plant construction, meaning that the EIB will not support projects that emit CO2 above a certain threshold.  This restriction applies to projects in the EU as well as outside it.  The current threshold level of 550g-CO2/kWh would rule out all coal fired power plants except ones with biomass co-combustion using the latest technology.  The EIB will review the EPS in 2014 and plans to further strengthen the standard.

The EIB is not eliminating specific sources of energy such as coal, but this policy with an EPS would imply that future finance for energy projects would primarily focus on renewable energy and natural gas.

The EPS’ standard includes exceptions similar to ones by President Obama and the World Bank: when there is no alternative energy source and when “it contributes to poverty alleviation and economic development” in the poorest countries.  Worried that these exceptions can be interpreted broadly, the bank’s board will further discuss the details of the exceptions.

Organization such as WWF UK and Bankwatch, while admitting that the new guideline is an important step to reduce greenhouse gas, insist that stricter standard is necessary. 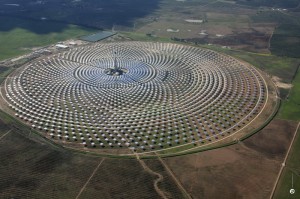 This is the first attempt of a public bank to place an Emissions Performance Standard, so it will be interesting to see how strict a threshold level the EIB could set.

Press Release by the EIB