It was reported in the previous article that President Obama announced to end support of foreign coal fired power plant projects; this time the World Bank announced a similarly oriented policy.

July 6th, 2013, the World Bank announced a policy concerning the funding of projects in the power sector, titled the “Toward a Sustainable Energy Future for All”.

One of the most emphasized points of this policy is to alleviate poverty.  In the world, there are many families, schools, and hospitals that suffer from lack of electricity, and it is of absolute importance to provide electricity to everyone as soon as possible.

On top of that, the World Bank seeks to balance energy for development and its effects on climate change, and has decided not to finance anymore new coal fired power plant projects with little exceptions.  The exception is for countries that need a basic supply of energy and has no alternative.  The exceptions will be based on “Criteria for Screening Coal Projects under the Strategic Framework for Development and Climate Change” published in 2010.

Also, renewable energy will be continued to be actively financed. 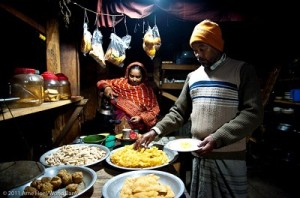 However, there are concerns in the new policy such as endorsing large scale hydroelectricity and pumped-storage hydroelectricity, and supporting the development of coal power technology such as carbon capture and storage (CCS).

The new policy assigns natural gas, an energy source with less greenhouse gas emissions, as temporary source of power till moving on to sustainable sources.

The World Bank’s policy includes insufficient points, but the basic idea of ending financing of coal power projects is an important policy change that addresses the issue of climate change.

A report by World Resources Institute, an American think-tank, titled “Global Coal Risk Assessment: Data Analysis and Market Research” (figure below) includes a ranking of public international financers of coal fired power plant projects in the past 14 years.  According to this, the World Bank is number 2, and the top financer is Japan Bank for International Cooperation (JBIC).

News Report of the World Bank

Full Text of the Report